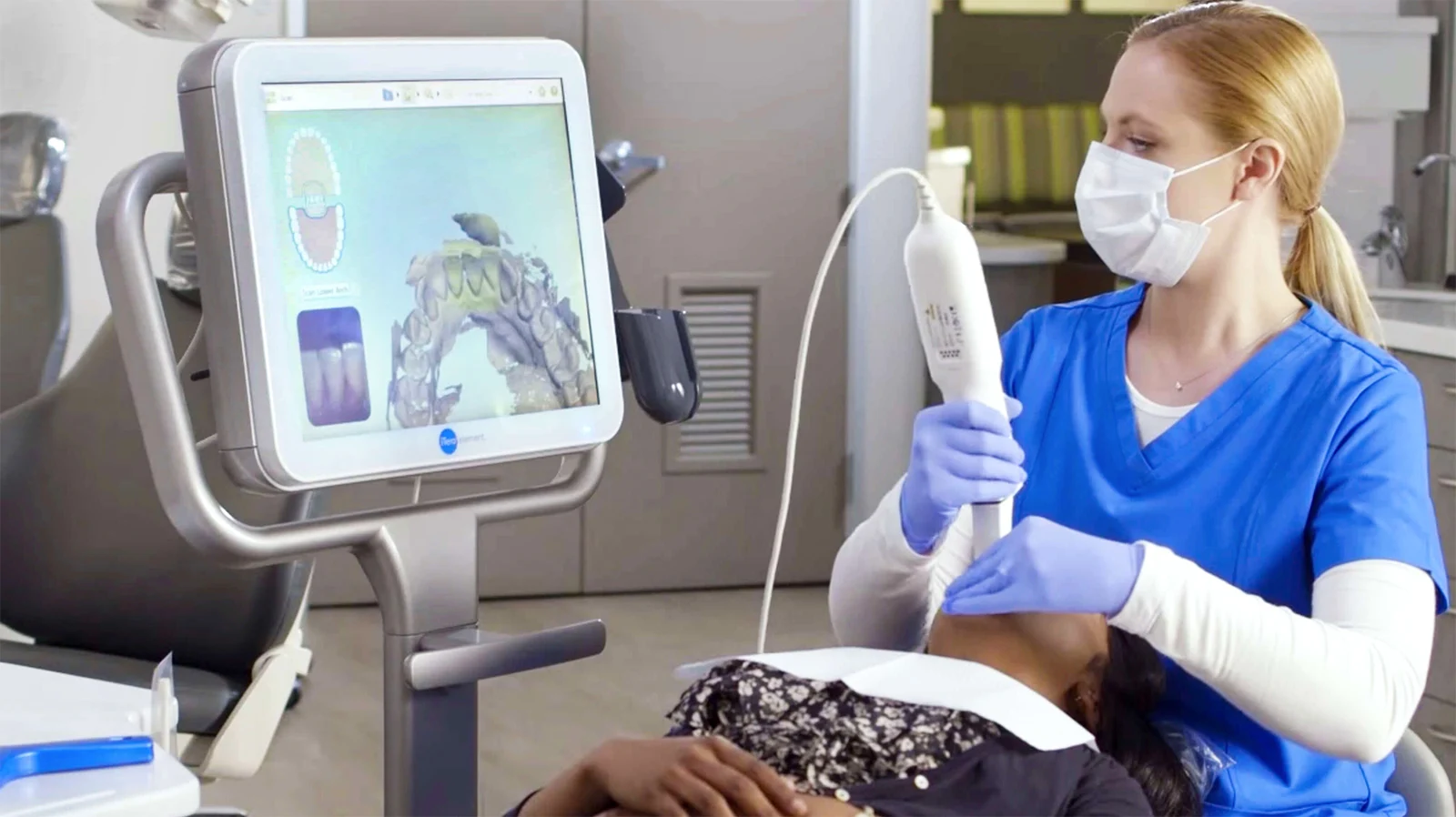 With the development of technology, dentistry has advanced throughout time and reached new heights. It has simplified dentists' tasks and increased patient happiness and satisfaction. The use of an intraoral scanner, a tool that records optical impressions for dentistry, is one example of how technology has advanced the discipline and its application and is now highly sought after. The dentist profession has significantly improved and become more diverse since the introduction of this technology and its associated processes. The development in the use of this imprint process has largely been attributed to the good response from the dental community. IOS has shown to be quick compared to earlier dental technology, saving time. With the introduction of intraoral scanners, patients no longer need to receive treatment while spending hours in the dentist's chair. Particularly in the early stages of dental therapy, it is equally quick. The patient receiving treatment is safe because no hazardous radiation is released throughout the scanning process. The scanner is accurate in that it creates and captures the precise shape and curves of your teeth, allowing the dentist to administer the right therapy. The patient was made to sit with a huge rubber-like material in his or her mouth for about fifteen minutes, in contrast to the previous molding method, which was rather messy. The patients had severe discomfort as a result of gagging and even choking. This method has shown to be fairly comfortable because it only takes a few minutes for the patient to have their teeth scanned.